15 February 2018 – nexo standards, the open, global association dedicated to removing the barriers present in today’s fragmented global card payment acceptance ecosystem, has become the first industry body to be labelled as conformant to the European Card Stakeholders Group (ECSG) SEPA Cards Standardization Volume Version 8.0.
The ECSG, a multi-stakeholder association promoting card harmonization in the Single Euro Payments Area (SEPA), develops and maintains ‘the Volume’, which defines a standard set of requirements to enable an interoperable and scalable card and terminal infrastructure across SEPA, based on open international card standards.
“The ECSG’s labelling process allows a specification provider, ‘nexo standards’ in this case, to verify and declare conformance with the ECSG SEPA Cards Standardisation Volume,” comments Esteban Martin of Mastercard, in his capacity as Co-Chair of the ECSG Volume Conformance Management Committee. “We are delighted that a number of specifications and protocols from nexo standards have been the first to be granter the ECSG Conformance label. This reflects the organisation’s leadership and commitment to SEPA’s vision: to enable EU citizens to use their cards for payments and ATM withdrawals across the SEPA area with the same ease and convenience as if they were in their own country.”
Arnaud Crouzet, General Secretary of nexo standards, adds: “Receiving labellisation from the ECSG demonstrates our continued momentum toward realizing a truly interoperable card payments acceptance ecosystem globally. The work of the ECSG is fundamental to creating a harmonized and borderless payments infrastructure across Europe and closely aligns with nexo’s ongoing vision and 2018 roadmap.”
The following nexo messaging specifications and protocols have received the conformance label and together form a useful ‘protocol package’ for acceptance implementors:
nexo Standards enables fast, interoperable and borderless payments acceptance by standardising the exchange of payment acceptance data between merchants, acquirers, payment service providers and other payment stakeholders. nexo standards’ suite of messaging protocols and specifications adhere to ISO 20022 standards, are universally applicable and are freely available, globally.
The list of ECSG granted conformant labels can be viewed here https://www.e-csg.eu/ecsg-granted-conformant-labels.
For further information on nexo and details of how to become a member, please visit  www.nexo-standards.org/join-us
ENDS
For more media information or to schedule a briefing with nexo standards, please contact Kirsty Blackburn at kirsty@iseepr.co.uk or Lucy Horsman at lucy@iseepr.co.uk  / +44 (0) 113 350 1922 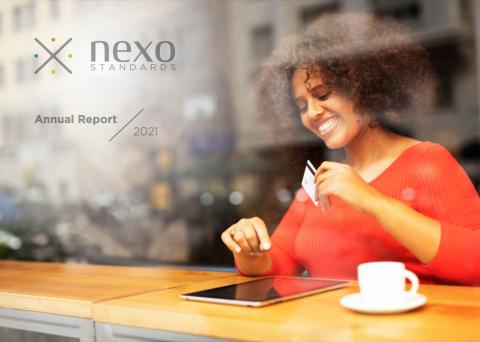